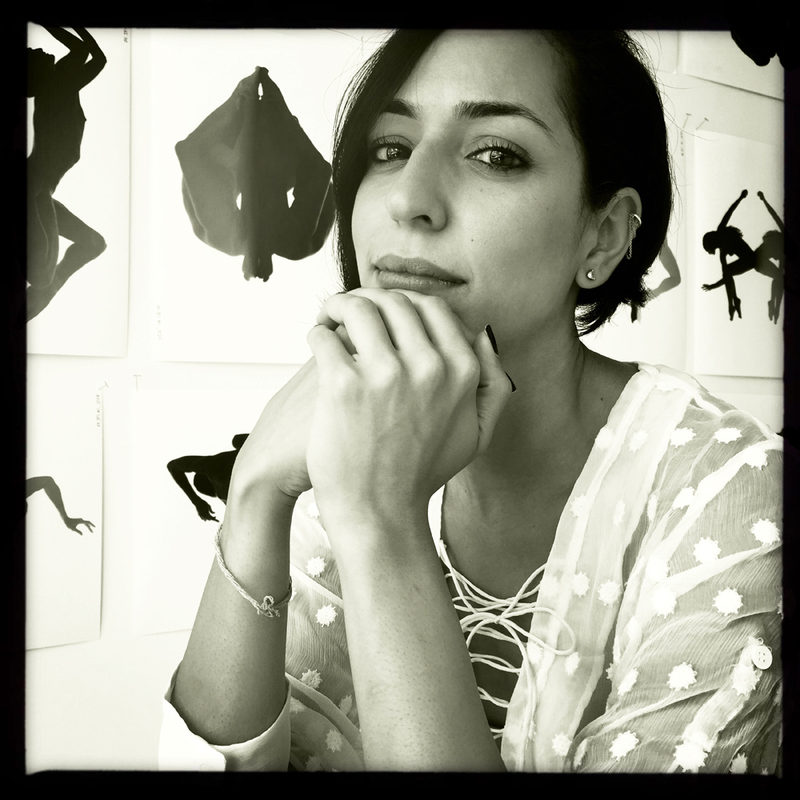 Biography Exhibitions
Aranka Israni is an artist based in New York, creating honest expressions celebrated through her nude photographs.

Aranka Israni grew up around the world. She began creating art as soon as she could hold a pencil. She attended The New York University Tisch School of the Arts, where she received an M.A. in Professional Studies in Interactive Telecommunications Program (ITP). Additionally, she holds a B.A. from the University of Southern California in fine arts with an emphasis in graphic design and digital media. Throughout the years, she has called several cities home, such as Seattle, Toronto, Miami, Dubai, Los Angeles, and London.

Some of her accomplishments include her photographs exhibiting in solo exhibitions in France and Dubai and in group exhibitions throughout Europe, North America, and South America. Furthermore, such as La Provence and Vie Magazine discussed her work.

Israni takes inspiration from the journey of life that allows for the discovery of her inner being. Furthermore, she looks at the moments between moments—those felt before seen—to inform her work. However, her mentor, French photographer Lucien Clergue, is the biggest influence in her photographic work and techniques. Aside from nude photography she also creates works on paper using mixed media such as pigments and acupuncture needles.

Aranka Israni’s body of work showcases the compassion of the individual while still honoring them. Through her art, she honors the source from where we all come from, from which we are all are an extension. She uses nude art to honor the beauty of the human form. As well to showcase the body as a vessel with a limitless potential achieved by its shape, form, consciousness, and energy. Applying this work philosophy, she avoids doing any shoots that would compromise the honor of the form and the human body as a subject.

Describing her work as beautiful, honest, and unique, her photographs understand every movement, every internal and external geometry of the nude form. An understanding that allows for the body to return to wholeness. Furthermore, she focuses on the beauty of the human body with a practice grounded in the alchemical process and representations of energy as they change, seek expansion, transmutation, and release. And, connects the union of masculine and feminine characteristics which are necessary for her search of truths and consistencies.

Her Bodyscapes series explores the naked human form using extreme light and shadows to elevate the body to a landscape. By highlighting the flesh and bone topography of the body, Aranka Israni communicates the solidity of the physical world present in the nude. Furthermore, her images convey the existence of the body as a microcosm, the density, and tactile characteristics of its incarnation.

However, her Shadow Whisper series moves away from earthly concerns and highlights the potential catharsis and transformation of the body. Imbuing her images with feathered qualities, they assume anonymity that allows for the universality of state of being. Furthermore, it expresses the dualities found in expressions and emotions alluded by light and shadow.

Aranka Israni strives to continue her focus on the duality and the tension between opposites embedded in the principles of masculinity and femininity with her future endeavours.
::: Solo Exhibitions :::

The world's best in provocative art

Straight to your inbox

Let us show you something you haven’t seen before. Welcome to Art Provocateur Gallery.

By clicking "Join Now" you acknowledge that you are 18+ years of age and agree to receive the Art Provocateur Gallery newsletter from which you can unsubscribe. You agree to APG's Terms of Use and Privacy Policy.